I’ve been knitting for a handful of years, and I believe that it’s time to step up my game.  I’m not one for New Year’s resolutions, although I will admit that I have been tempted to create several for the upcoming year.  To carry on that tradition of not doing New Year’s resolutions, I think that the following will simply be called a check list.  Yes, a check list of techniques to learn in 2015.  This is definitely a check list and not a resolution of things to knit for the New Year even though I may present it in that order.

A pair of socks.  I’ve made at least two socks in my knitting career, but they didn’t make up a pair.  This is the year I am determined to make a true pair – – you know, two socks which are the same size and match and which can be worn by the same person.  I suppose I will have to learn the technique where both socks are knit at once if I am to have any chance at succeeding.

Coordinating sweaters for my girls. Wren and Chickadee are 18 months apart, to the day.  I have made sweaters that they both have worn, but only through the gift of hand-me-downs.  What I’d like is for them to both wear, at the same time, sweaters that I have knit.  Also, I would like these sweaters to be similar but not identical.  This will be an exercise in knitting quickly so that the girls will not outgrow the sweaters before I’ve gotten them off the needles.  My plan of attack is to make a sweater for the elder one first since she is likely to not grow too much in the time it takes to make two sweaters.

A pullover.  If time permits, I would like to knit myself a pullover sweater.  (Important:  This will not match the girls’ sweaters.)  I’m going to pick one that focuses on a design element so that I can learn a new trick.  I have my eye on this striped one that uses short rows for shaping.

A fair-isle vest.  This item is quite ambitious as it checks off two new techniques at once.  I’ve done stranded knitting, and I’ve knit myself a cardigan.  However, fair-isle is a step above stranded knitting and a vest is also more difficult than a cardigan knit in stockinette stitch.  But hopefully, a fair-isle vest is less tedious than a fair-isle sweater so I will have time to check off the other knitted items from my list.  I’m just waiting for the right pattern to reveal itself before I cast on.

An old project.  I have quite a few unfinished projects that have lost their momentum.  A lacy shawl, two lacy table runners, two socks without mates, etc.  Hopefully I will find renewed joy in at least one of these projects this year.  I suspect I’ll discover my tension has changed so I’ll need to learn how to adapt.

A cowl.  I’ve been admiring several cowls on Pinterest, and I think I’d like to make myself one. By “make myself one,” I mean design it and get a pattern written so that I can make it again.  A well written pattern is a mark of a good knitter, I believe, and a good knitter is what I aspire to be.

An advent calendar.  I’ve been very smitten by the advent calendar that Stephanie Pearl-McPhee made for her nephew this year.  I think I’d like to make a similar one for my girls; they are young enough that they will get to appreciate something special like this for many years to come.  My objective is to make just over two little “ornaments” a month.  Famous last words: How difficult can that be? 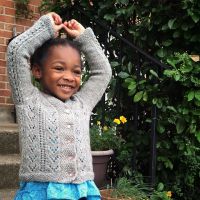 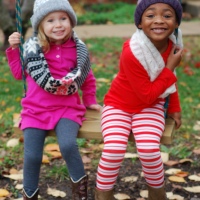